When the Right Doors Open: A True Passion for Acting 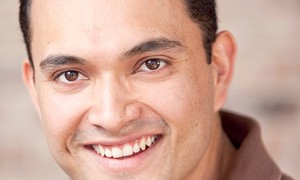 Acting would come full circle for Jose Miguel Vasquez, a devout family man who initially gave up his passion for what he felt was the safer route. Sometimes, life itself reminds us what we’re destined for.

“It’s Your Time”: From Truck Driver to Adventurer 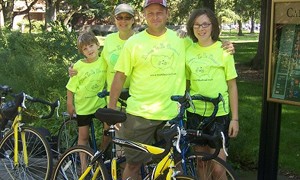 For the “Living with Gusto” series, we may not find a better visual example than Rob Adelphia’s bungee jumping video. Blogging at Today Has Power and The Four the Road Family, Rob has gone through more than his share of challenges but is the epitome of how we can overcome anything when we put our mind to it. If you need a jumpstart in your life, pick up his eBook, “How to Get Anything You Want Out of Life…And More!”

Writing about combis last week got me thinking about how hilarious it is when the cobradores (money collectors) run to get their card stamped. Each combi has a card that needs to be stamped at various locations during the route. As I understand the set-up, there’s a penalty if a combi is consistently late — typically, it has to run the full route one more time. To avoid this, cobradores often jump off their moving combis up to three blocks before the checkpoint and run at full speed to get their cards stamped by a machine or signed by a waiting time-controller sitting at the corner of the block with a pen and clipboard. I’ve always wondered if it’s actually ever worth it for the cobradores to endanger their lives by running through traffic, only to shave off a few seconds. Sometimes it seems more like an excuse to move their legs after standing in the same cramped combi doorway for hours at a time.

Peruvian society often functions on the basis of punishments and rewards (or avoidance of punishment). The classic dictatorial boss can subtract from your pay or give you bonuses as s/he pleases. Corporal punishment is the norm (and so is domestic abuse for that matter) and children are hosed when they arrive late to school. In a government program for maternal and child health, families are given 100 soles for showing up to workshops. Even NGOs silently tell mothers, “If you don’t treat your children well and follow our recommendations, you won’t get gifts at the end of the year.” So then you hear mothers say, “I’m going to join this project because they’re going to give me a gift at the end,” when what you want to hear is, “I’m going to join this project because it will better the life of my child.” When I tried to raise my concerns about these extrinsic motivators, I was brushed off as the gringa who didn’t understand Peruvian society. “It’s the Peruvian way,” I was told. I accepted it.

Four months later, evidence starts falling into my lap that Peruvians themselves are trying to make changes and that the system of punishments and rewards doesn’t have to be “the Peruvian way.” A professor I used to work for encouraged me to meet with one of her contacts in Lima, Dr. Mary Claux. As I read up on Dr. Claux’s research, one of the first academic articles that arose questioned the need for authoritarian Peruvian leaders (article in Spanish). A good Peruvian friend shared his thoughts on leadership with me and he cited his own businesses as examples that a freer managing style without penalties or crackdowns works. He even sent me an enlightening and relevant TED talk presented by Dan Pink (below) that contributed to his belief system regarding the best way to motivate others.

It “CAN BE DONE,” my friend writes to me.

With renewed faith in my morals, I figure it might be worth a shot sharing this new evidence with the nonbelievers I have come to know in Huancayo.